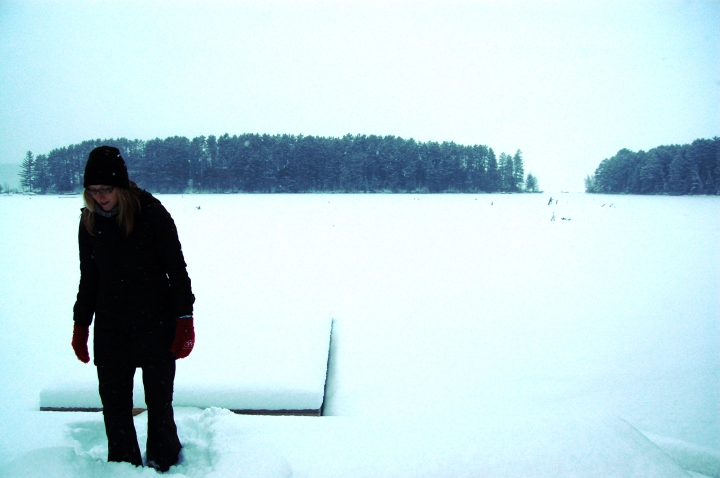 It’s the same sob story every year. The sun disappears for hours on end, the days are gloomier and on the whole, you wish you had nothing other to do but sleep the entirety of the day away and wake up in June.

Yes, there are those of you who welcome the winter season with open arms. You are not my people. I loathe winter. My hatred starts late in the fall as the leaves float downwards to their death and I take part in the mourning ritual that recognizes the end of all things warm and the start of Canada’s harshest season. The summer clothes get tossed aside and out comes the trunk of winter gear. Hats, gloves, neck warmers, ski pants, winter jackets, winter coats, winter boots etc. And if you try to deny the onslaught of winter elements, be prepared to soak. I could skip right to “freeze” but it’s the wetness I detest even more than the cold. When the snow has fallen and begins to melt all over the street like ice cream down a sugar cone. Everyone sloshing through puddles on their way to work and tracing slush down the sidewalks, the colour turning darker with every step. Shudder. The “cold” bit isn’t any better. It’s not that we thoroughly enjoy walking around like Inuits, garbed in hats under our hoods lined with fur as to ward off the snow attacking from every side – but what choice do we have?

Now, you’ll excuse me if my descriptions of a Canadian winter are mangled between wet, dry and stormy. Having studied in Ottawa, which happens to fall directly along the wind belt, I experienced the type of Canadian winter that even Canadians struggle to live with. That -25-30 degree weather that causes your nose hairs to freeze and your eyelids to barricade closed in protest. In fact, I don’t feel like I just experienced it and much as survived it. That being said, if I have to suffer this god awful season, Ottawa is where I would be most likely to do it. Why, you ask? One thing Canada does well is attempt to distract you from the fact that for four months you are stuck in the barren lands. There is sun, but there is nothing sunny about it. In Ottawa, the thing to look forward to come the new year is  Winterlude, a celebration where family and friends can gather to enjoy skating on the infamous Rideau Canal, ice sculptures, concerts, fireworks, performances and taste some delicious taffy on snow. Tip? While you’re celebrating the cold, warm up with a hot chocolate and a Beaver Tail along the canal. It will recharge your batteries nicely and keep you skating for at least another half hour… or so.

Another tribute to winter here in Canada is the Carnaval de Quebec, a festival that takes place in Quebec city and is famous for it’s lively mascot with his ceinture rouge, the Bonhomme Carnaval. Carnaval offers a number of activities for everyone to enjoy. For those of you who like the thrill of wintertime, feel free to join in as hundreds romp around in the snow wearing nothing but their bathing suits; for kids and families looking to try something new, you can enjoy real syrup from a Cabane du Sucre (sugar shack); and for those of you (like me) who dread the cold outside, there is the Bal de Bonhomme held at the prestigious Chateau Frontenac. Unfortunately, I have yet to experience the Carnaval first hand, but trust me, it’s on my ‘to-do’ list. As soon as I get those industrial strength gloves and matching sock set.

Forgive me, I digressed. What I was trying to get at, is that after being in Ottawa for so many years, the winter in Toronto ought to seem relatively mild. So why, oh why do I find myself in a continual rut around the same time, year after year? Now, natural low after the holiday high (post-Christmas and New Years) is understandable and maybe even inevitable, but it’s nearly the end of January and I find myself sitting around, eating, scowling every time I glance outdoors and generally less than enthusiastic. For someone who is regularly on the up and up, this is mildly disconcerting.

So, I started to analyse my situation and here is what I came up with.

Problem #1: Isolation. I work from home. I need people. No people means no stories/anecdotes to share with just about anyone who will listen. Giraffes (at least this one) are normally quite talkative creatures who like to recount everything that happened throughout the day. After all, it’s the small things, right? Not when you have zero interaction with fellow human beings it isn’t! In this case, silence is anything but golden.

Problem #2: Weather. This one isn’t giraffe specific. Crap weather means grey skies which means sinking feelings of dread and doom. Not good for anyone really, let’s be honest. Just ask the Finns. 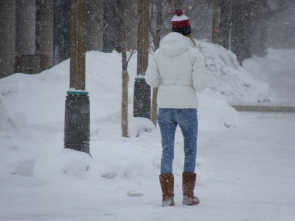 Problem #3: Lack of extracurricular activity. In the summertime, whether you notice it or not, we move more. I walk places more often, I go for runs outside, and I am motivated by our friend, the sun, to get out and explore the world around me. You may not know this about giraffes, but they are known to have traces of attention deficit disorder. Particularly female giraffes who are used to multitasking and working towards numerous goals at once. When a female giraffe runs out of things to do… things can turn ugly.

As a giraffe of the female species who works from home and suffers the grey skies of winter in Canada (not to say the sun doesn’t appear from time to time), the only way I get through the months between January and April is by distracting myself completely and keeping as busy as possible. This is harder than it sounds considering I’m not one for winter sports. Don’t get me wrong, I can ski, I just don’t love it. I can skate, I just don’t love it. And running outside in this weather? The only marathons you’ll see participating in during the winter season are ones that feature 24 hours straight of James Bond, Lord of the Rings, or Harry Potter. Wingardium Leviosa! Whether or not you agree with my taste in movie sets, you get my point.

But this year, I am determined not to let winter keep me down! Here are a few ways that I’ve chosen to fight back and get myself out of the winter rut: 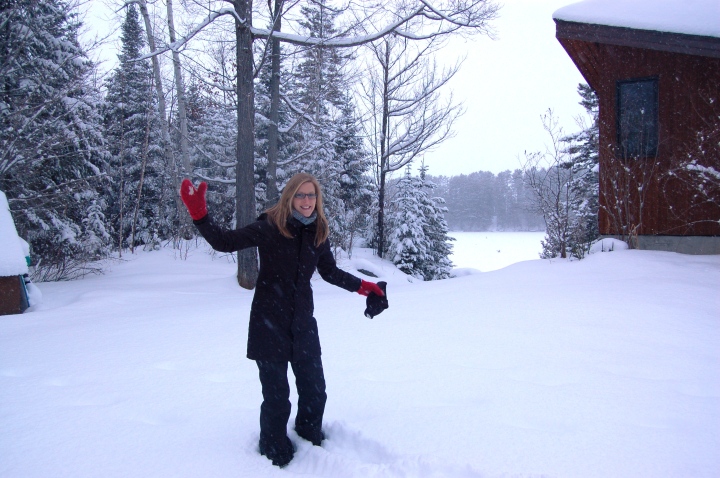 Indoor Sports League: Grab some friends and sign up! Toronto has a number of leagues that offer you the chance to stay fit and have fun during the winter season. It’s healthy and a great excuse to see your friends during the work week. Check out the Toronto Sport and Social Club for tons of league options!

Learn a language: If you’re stuck in Canada during the winter months, why not escape virtually by expanding your horizons and learning a language! Check out language schools like Hansa or the Goethe Institute, and sign up today!

Try something New: It’s now or never, and it just might have been one of your New Year resolutions! Sign up for something you never saw yourself doing and see just what you’re made of! From pottery class to dance lessons, rock climbing and beyond! There is world of possibilities out there and don’t be worried about looking like an idiot, seriously, nobody cares.

My discovery: Yoga (for beginners, check out the Passport to Prana, allowing you to try studios throughout the GTA for only $30).

Make a Winter Date: Wherever you are, B.C, Quebec, Ontario, you name it, there are winter specific events and festivities that allow you to make the most of this dreary season. Whether it’s skiing in Whistler, partaking in the polar bear dip (crazy people), licking an ice sculpture at Winterlude or sharing a cup of Christmas Blend at the local Starbucks – get moving! Don’t let winter keep you trapped in your home. Make a winter date and stick to it.

My date choice: Winterlicious in Toronto. Sample Toronto restaurants at a reduced rate!

Winter sucks. Fact. But that doesn’t mean that it has to suck you down into a rut alongside it. So, dig yourself out, shake yourself off, grab a hot chocolate, and try to make the most of this winter season.

One thought on “Getting out of the Winter Rut”