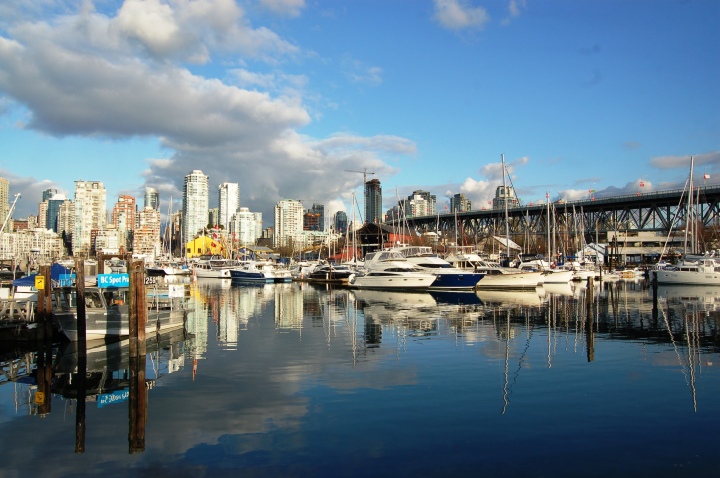 It’s not often that we get to combine business and pleasure. I mean, for a travel writer that gets paid to discover the world, okay, that’s another thing altogether – but for the rest of us, well, the ability to enjoy a little downtime while working away from the office, is something to cherish and an opportunity to make a work trip into something special! After a week spent enjoying just such an incredible working-holiday in Vancouver, I simply had to write about it.

How not to prepare for a 7 hour flight with WestJet

Since a working-holiday still requires one to work (at some points, quite extensively), it is important to plan ahead and prep everything you need before departure. First there was the checklist: Computer? Check. All work documents on hand? Check. Social media scheduled to meet the time change? Check. Articles ready to publish upon arrival? Check. Oh, and passport, check. Now this would have been an ideal time to ensure that I had packed another item that I would later realize was missing – my health card. If you’re Canadian, you have one – I advise you travel with it at all time, lest you end up in a hospital late at night, as they threaten to bill you for hundreds of dollars – details to come. 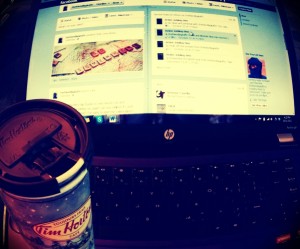 Now, I had booked a flight with WestJet for under $500 round trip, a price that Canadians will tell you, ain’t bad for flying from almost one end of the country to the next (I said almost maritimers, calm yourselves). It seemed like the golden ticket: 7 hours to do some work, blog a little and then relax with a good movie. Well, that was the plan. In reality, my battery died as I was waiting to pre-board and it just so happens I had made a conscience (albeit stupid) decision not to bring a book (I have a bad habit of completely neglecting my work once I get a good book in my hand). Thus, I was forced, yes “forced”, to watch television for 7 hours straight. Hey, at least I had remembered to pack my headphones right? Admittedly, I forgot that WestJet doesn’t offer free movies and given my inability to sleep, I must have watched at least 5 episodes of cupcake wars  and 3 re-runs of the evening news before we were finally pulling into Vancouver airport – at last.

* Note: If you’re flying with WestJet, be sure to double check for alternative seating on-board your flight. As I was checking-in, I had a glimpse at where I was located on the plane and noticed an emergency seat up for grabs! Since you have to be a certain age and able to “agree” to a pre-set list of regulations and regulations (essentially accepting responsibility for opening and closing the emergency door), they don’t assign these seats beforehand.

Giving Vancouver the run around: discovering the city, step by step

The morning after my flight rolled in, and for 4 days out of the 7 I was there, we (my friend and I, two old soccer players with itchy legs and achy joints), decided to hit the seawall for a run around the water. And surprise, surprise, it was absolutely stunning – here’s what you’ll see en route, starting from Science World and making your way around the seawall – if you get tired, simply pick a bridge and loop around! 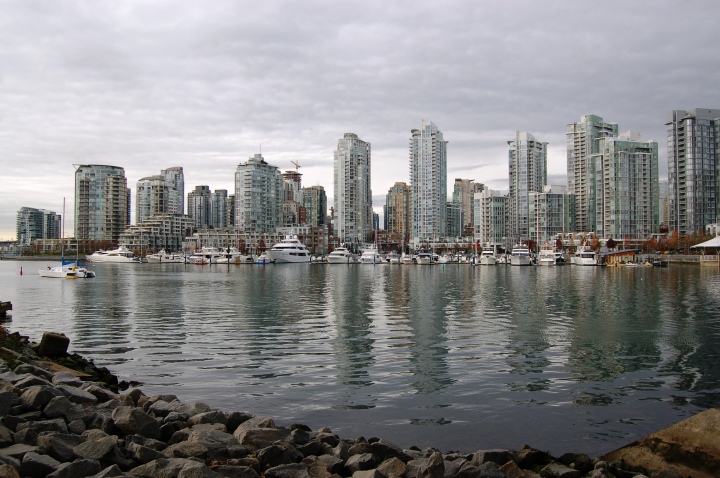 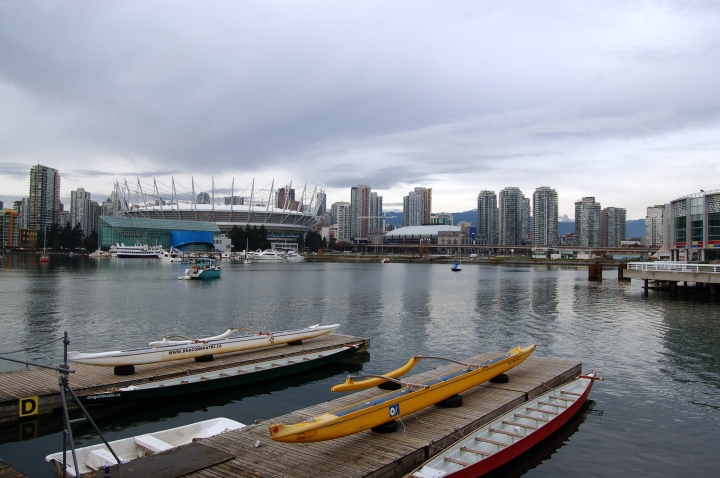 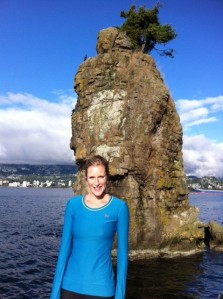 Before we knew it, what started as a little jog around the water turned into an hour and a half run up one side of the creek, over the bridge, and down the other, passing boats and other runners along the way, braving the clouds that threatened to pour down but didn’t! The fresh air felt incredible and like I always say, running is the best way to (re)discover the city. I’d seen Vancouver before, but for the first time I really understood the lay of the land – something only a morning run can accomplish (finding landmarks in any city really help the directionally impaired, like myself, to navigate their way around).

The most beautiful run we did however, was on Saturday when we ran the entire loop of Stanley Park, starting at Canada Place and ending at English Bay. If I had to guess, I’d say it was approximately 12-14 km – but whatever the distance, it was the most stunning run either of us had ever ran before. With landscapes transforming from beach to forest and back again, this was by far the highlight of my entire holiday.

Stanley Park is located just north-west of the city and is the perfect spot for couples, friends and families to enjoy a beautiful walk, ride (bicycles are available for rental near the entrance to the park) or run (also great for the solo nature enthusiast) next to the ocean, along the seawall and through a park filled with trees hundreds of years in the making. Visitors to the park can participate in ongoing activities throughout the year (various festivals are held in or near the park) or enjoy a bite to eat at the many cafes and restaurants within the park. To get to the Park, take the SkyTrain to Burrard Station and off you go. Follow this link for a complete map of the Skytrain system!

Have a look below for a sneak peak at what you’ll see if you decide to explore the park – from Canada Place to English Bay! 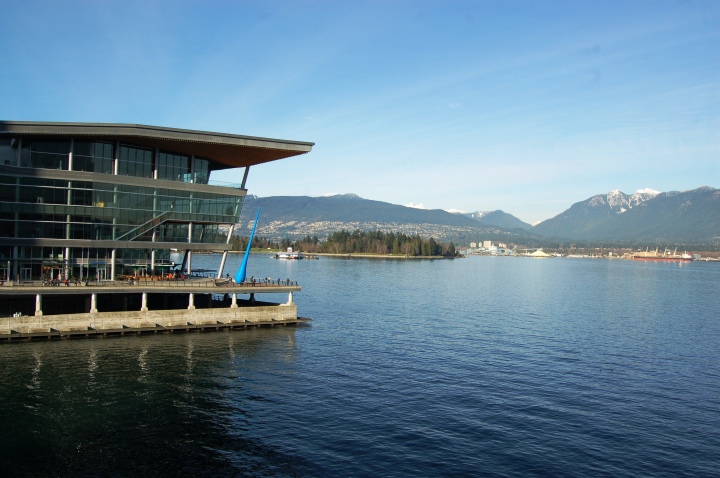 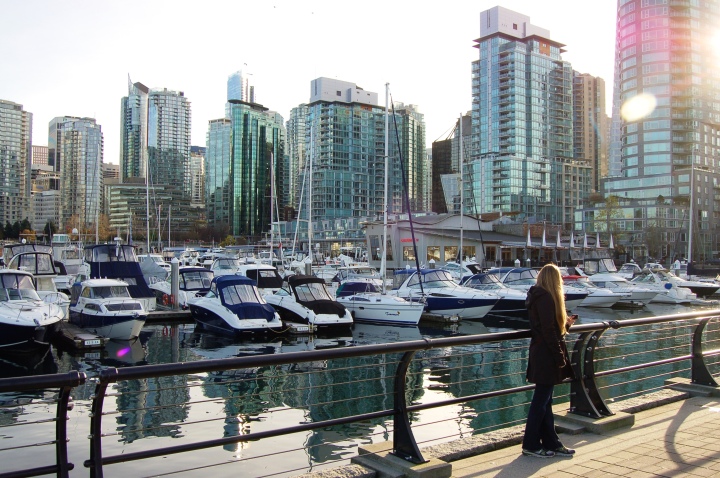 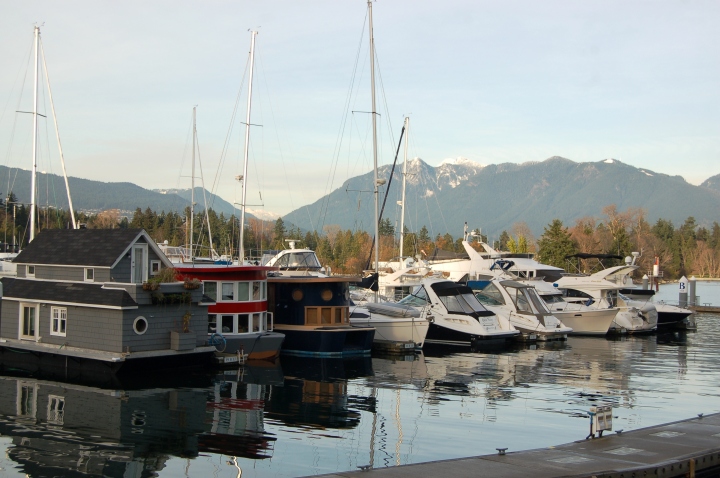 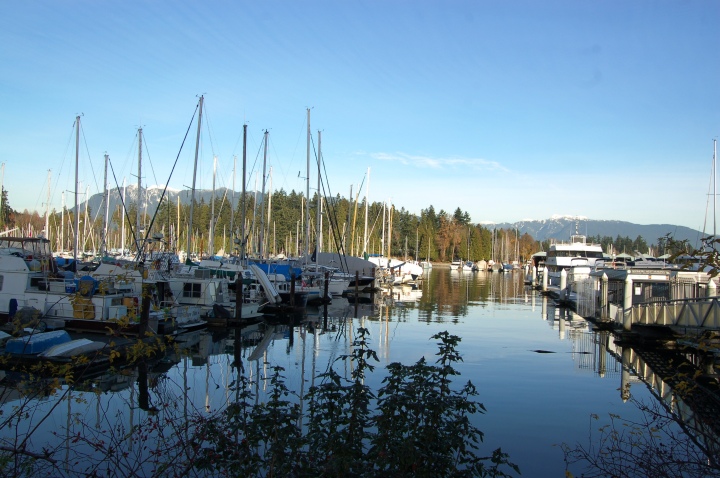 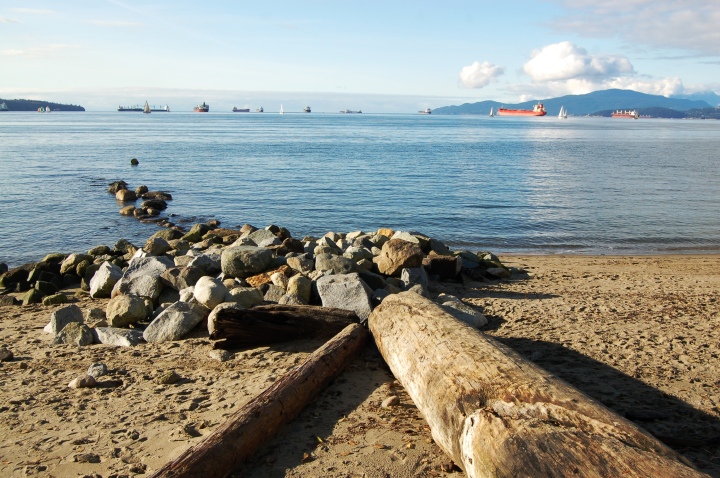 Caution! Too much running can be hazardous for your health

Remember, way back at the beginning of this post, how I recommend that all Canadians bring their health card with them when traveling? Well, unfortunately this is a lesson I learned the hard way. 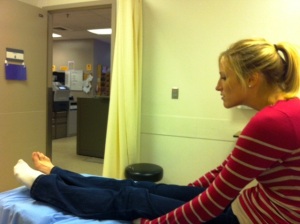 While I seldom forget to take my health card with me while traveling abroad, it didn’t really occur to me to grab it as I left for a week to another Canadian city. One week – what’s the worse that could happen? A hang-nail aggravated by daily runs of 10+ km around scenic Vancouver city, that’s what.

Okay, it may not have been the worse that could have happened, but it wasn’t fun. After a day of walking painfully around the city (and after my friend came home from a long day’s work) we hit the emergency ward of Vancouver General Hospital and there we stayed for 5 hours as I first got assessed and then received local anesthetic (which she had to re-do 3 times until it filtered through my giraffe size hoof, all the way to the big toe) so I wouldn’t feel as she cut off part of my toenail and scrapped out tissue that had start growing over  the nail itself. Yup, gross! The experience was bettered by a few wicked renditions of the “humming game” and watching the best of the “Bridesmaids” movie via iphone – thank God for technology and a cell-friendly waiting room.

The point of this spiel is that it is wise to grab your health card as you walk out the door. Women – if you change wallets depending on where you’re headed, make sure you’ve made the switch! The  process if you don’t? Essentially, the admin at Vancouver General had to write up all the paper work for a non-resident and put me in the “to be billed” pile. They then however, handed me the phone number I could call the next day (once I’d asked my husband to send me my health card number) in order to cancel the billing process.

Stay tuned for a guide to Eats and Drinks in Van City!

5 thoughts on “Beautiful British Columbia: Giving Vancouver the run around (1/3)”