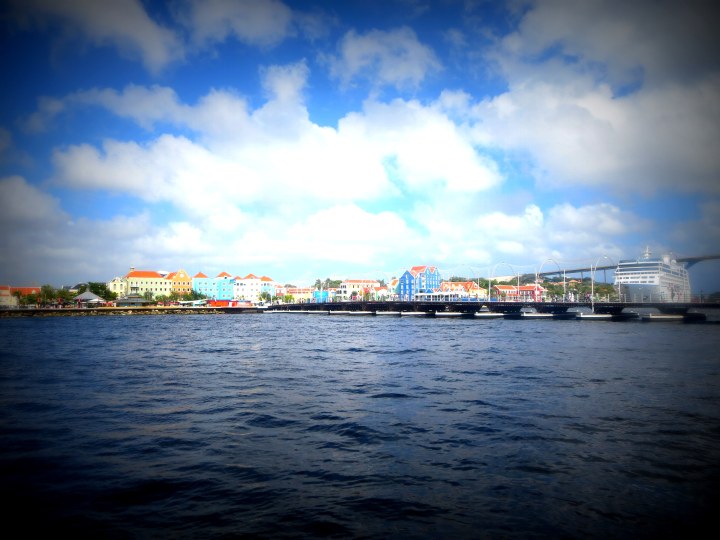 Until about two months before booking, I’d never heard of a Curacao beyond the cocktail list. When family suggested making Curacao our Christmas getaway, we immediately took to researching the island and Google sent turquoise waters crawling across my screen. We were sold. To escape what turned out to be a remarkably warm winter in the end, we decided to make haste to the beautiful beaches of Curacao.

Curacao: About the Island

Wat bedoel ik ? Curacao is a Dutch Carribean island which, today, speaks the language of  Papiamentu (very confusing when you show up expecting Dutch, and listening for Spanish… it took us a few days to figure things out). At first glance (and even at close up), the colourful houses lining the water in Williemsted are entirely reminiscent of Amsterdam, with decorative facades squished together near the edge of the water. We had a passing glance of Williamsted en route to our hotel from the airport… it was solid timing considering we had just caught glance of the monster of an oil refinery riggght across the highway. Eek! That being said, Curacao ranks 46th in the world in terms of GDP per capita for a reason and part of that reason is that it hosts the Isla Refinery, operated by Venezuela’s state oil company. Cha-ching! 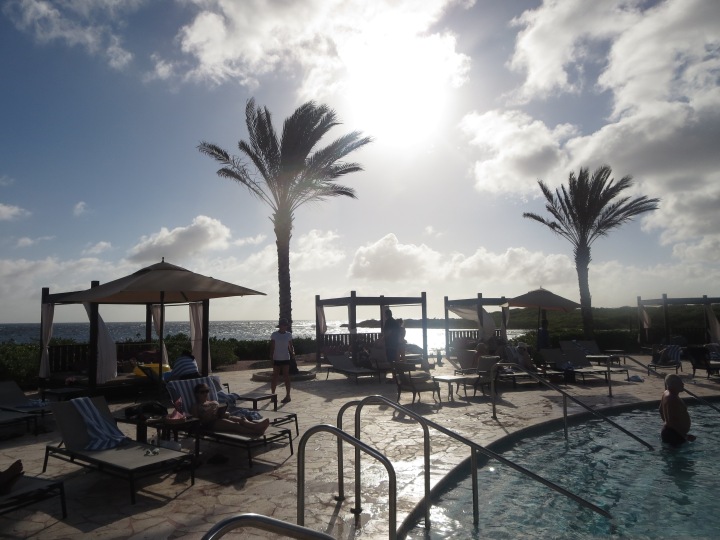 We’ll come back to Williamsted, but for now it was onward to the Santa Barbara Beach and Golf Resort. The five-start resort, located near the south-eastern tip of the island is beautifully secluded, and perfect for any group looking to completely unwind. We were 7.5 in total (the toddler counts for half a person but a whole plane ticket) and we were signed up for the all-inclusive package.

That meant we had access to drinks around the resort, food at the main restaurant (which was lovely) and snacks at the pool bar, our favourite spot for grabbing midday nibblies including plantain chips, yummy salads, fresh fruit, roasted vegetables (ask for it specifically, it’s delicious) and kids favourites like fish sticks or chicken fingers. 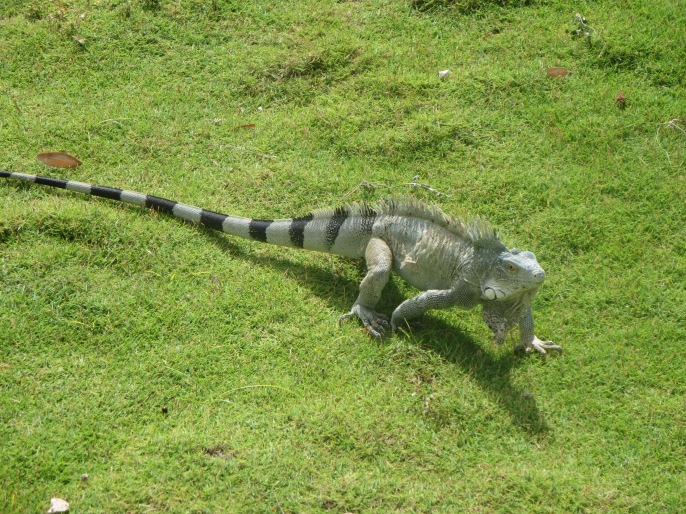 The hotel was equipped with one pool which was linked by way of a small path to the
beach. Different than other stretches of sand found in places like Cuba, Costa Rica or Florida, this beach wasn’t located at the mouth of the ocean, but faced instead a narrow canal that led directly into a small marina and dive school. One can only assume it was built this way in order to break the force of the waves that seemed to constantly pound the shore.

The result was the perfect play area for families with young children! We unleashed the toddler without the fear of her treading too far into water unsupervised and were steps away from our hotel room which meant instant access to potty upon request (the joys of potty training). She did however have to get over her fear of dragons. And by dragons, I mean dragon-size iguanas found throughout the resort, the likes of which I’d only ever seen paddling around the waters of Mexico. We loved them but be warned, they are really…really big.

The customer service at the Santa Barbara was stellar. Waiters, waitresses, bartenders and other hotel staff were kind, courteous and often went above and beyond. There was live music at night (never blaring and always tasteful), a life-size chess board, a gym with a blend of cardio machines and free weights, and stores offering snacks at extra cost to take with you on day trips, specialty coffee for the adults, and ice cream for the kiddies.

The only negative was when we realized what the hotel had planned for New Years Eve. On the 31st, we learned that there was a large pool party being thrown on the premises – the only activity taken place on the property – and that tickets were being sold to guest of the hotel for over $60 a pop. Why on EARTH are you selling tickets to guests who have already paid extraordinary amounts of money to stay at your hotel? It was just plain greedy. Especially in comparison to the epic lengths gone to by the Riu Palace hotel in Costa Rica where we’d rung in the new year only two years which included an amazing dinner, a bonfire, a countdown, and a beach party to end all beach parties (with the exception of the full-moon party in Thailand, obviously).

Curacao: A Day Trip to Williamsted 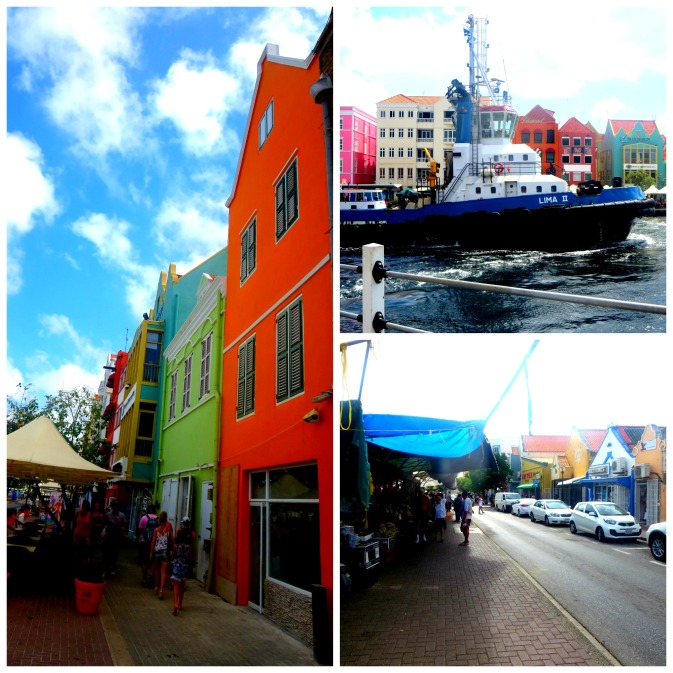 Party way through the week, we were ready to trade in some sun for a little bit of local culture. Through the hotel, we arranged a driver to take 7 of us into Williamsted for a day trip and got dropped off mid-morning in Punda, steps away from the inner city, both of which are designated UNESCO heritage sites.

Williamsted’s most obvious attractions are the bright coloured Dutch-inspired buildings cradling St.Anne’s Bay. A close second to the colonial buildings however is the “swinging” Queen Emma Bridge, built in 1888. The bridge remains the only pontoon bridge in the world and swings open and shut to let boats pass through on a regular basis. 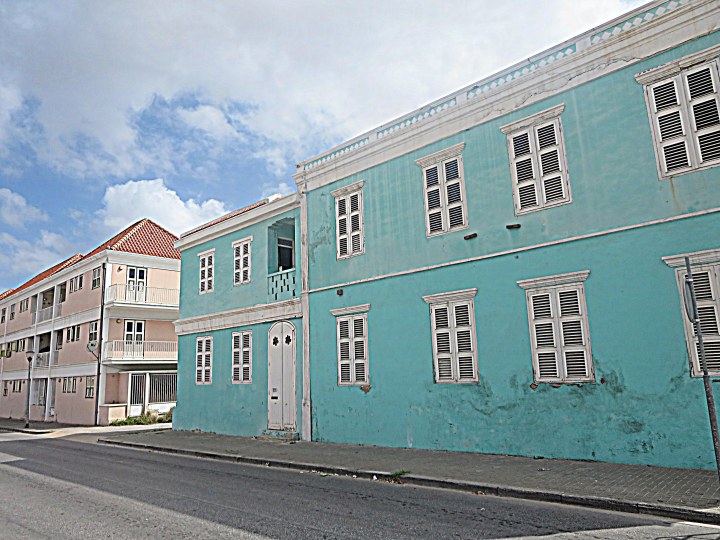 We spent the bulk of the morning walking around Williamsted, popping into the local markets and taking in the flavour of the city. Figuratively, that is, until hunger came calling and it was time to grab a bite of lunch along the waterfront. If I’m to be completely honest (and keep in mind that we only toured around for 2-3 hours and the fort was closed) Wiliamsted itself was a tad underwhelming. Once you went last the beautiful buildings and entered the inner city, infrastructure was lagging and there wasn’t a heck of a lot going on. The city had organised some fireworks to go off midday in celebration of the new year (nice idea), but they were more loud than anything else. As someone traveling with a child, I probably wouldn’t run back. That being said, I’ll never pass up an opportunity to sit down by the water and watch the waves role in over a delicious lunch, and it was seriously tasty.

It was after sipping my way through a refreshing Brion, the local beer, that the real adventure began. 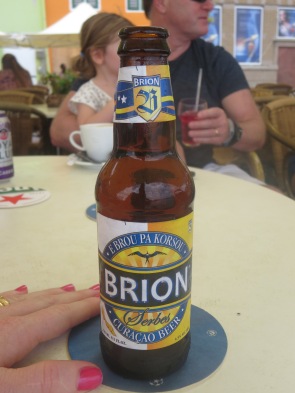 It was nearly time to meet up with our driver, and we had to make our way from one side of the bay to the other. What better way to hop across the water than to journey across the Queen Emma Bridge! Excited to walk across the bridge twice in one day (as we’d made the initial crossing earlier that morning), four of us, including my two year old, hopped on and started to cross.

Half way through our crossing however, sirens went off and the bridge started to move. At first, we thought we were lucky. Not only did we get to cross the Queen Emma… we got to be on it when it opened! How cool? Well, it was very cool. Until we realized a slight glitch in the system.

When the bridge swings open, you have to wait until it swings all the way back before you can exit… on either side. So needless to say, once it opened, we waited patiently… very patiently… for the bridge to swing back the other way and gradually allow us to get on with our day.

30 minutes later, nothing had happened and we were still stranded on a bridge, with a toddler, a handful of senior citizens and a growing sense of claustrophobia that was becoming increasingly difficult to ignore. So, we did the only thing we could do. We jumped for it. We also panicked, thinking that the bridge was going to start up as soon as we placed one foot on solid ground. Thankfully that didn’t happen and all passengers made it safely to dry land (not without a little boost from my brother who graciously lifted a few of the less mobile travelers down from the platform). The whole experience just reiterated what I already knew. Never ever, leave home… without snacks. 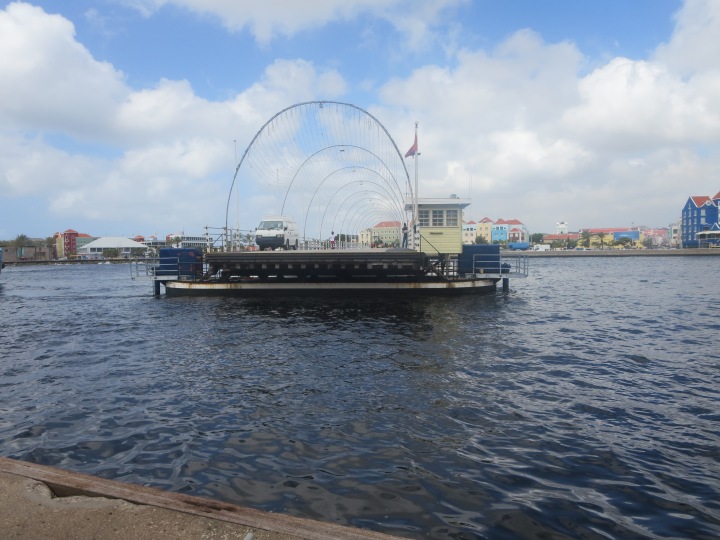 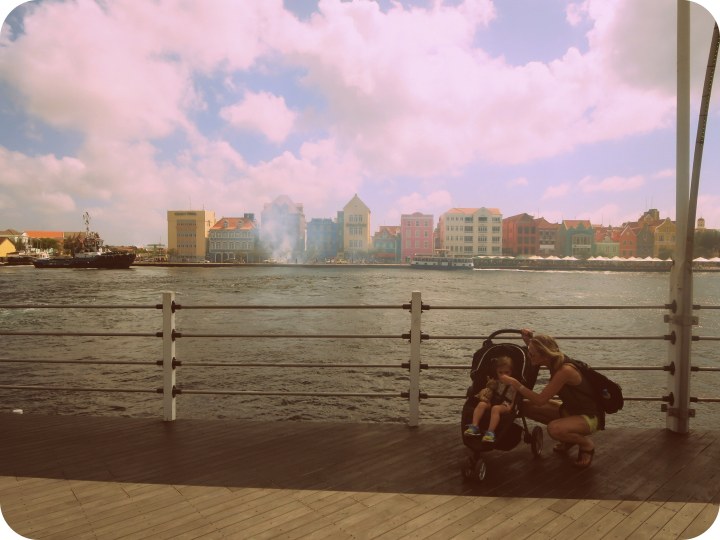 We left Curacao with mixed emotions. We had an amazing vacation but we wouldn’t run back to do it again. Maybe we just didn’t connect as much with the island culture, but it’s much more likely that you’d fine me sipping espresso in the streets of Havana or zip-lining my way through the trees of Costa Rica if given the chance. Curacao was worth seeing once, but from hereon in, I’ll drink it instead.