As a stay at home mom, nothing puts a damper in my day as much as bad weather and to say that this winter 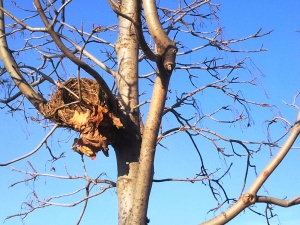 has been “harsh” would be a huge understatement – it has been absolutely brutal. Following one of the rainiest summers I can remember, Ontario residents are now enjoying one of the coldest and iciest winters in recent history. In fact, according to CityNews, Toronto is well on its way to experiencing its 2ndcoldest winter in 25 years. After moving back to Canada nearly three years ago, I can’t tell you how thrilled my husband and I are to be part of history in the making (shudder).

This horrible wintery weather has Canadians everywhere bundling up, staying indoors, and crossing their fingers and toes in the hopes that Wiarton Willie, Canada’s legendary groundhog will, after weeks of hibernation, emerge from his den without casting a shadow. Every year, it’s the same scene: When February 2nd rolls around, thousands of Canucks wait to hear whether or not we can look forward to signs of an early spring. If Willie sees his shadow, legend has it that you better pull up your socks (make them woolen socks), because it’s going to be a long time before we see some balmy weather! Poor Willie, that’s a lot of hope riding on the shadow of one little groundhog, don’t you think?

It’s the same sob story every year. The sun disappears for hours on end, the days are gloomier and on the whole, you wish you had nothing other to do but sleep the entirety of the day away and wake up in June. 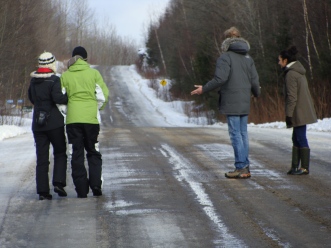 Yes, there are those of you who welcome the winter season with open arms. You are not my people. I loathe winter. My hatred starts late in the fall as the leaves float downwards to their death and I take part in the mourning ritual that recognizes the end of all things warm and the start of Canada’s harshest season. The summer clothes get tossed aside and out comes the trunk of winter gear. Hats, gloves, neck warmers, ski pants, winter jackets, winter coats, winter boots etc. And if you try to deny the onslaught of winter elements, be prepared to soak. I could skip right to “freeze” but it’s the wetness I detest even more than the cold. When the snow has fallen and begins to melt all over the street like ice cream down a sugar cone. Everyone sloshing through puddles on their way to work and tracing slush down the sidewalks, the colour turning darker with every step. Shudder. The “cold” bit isn’t any better. It’s not that we thoroughly enjoy walking around like Inuits, garbed in hats under our hoods lined with fur as to ward off the snow attacking from every side – but what choice do we have?

END_OF_DOCUMENT_TOKEN_TO_BE_REPLACED

baby giraffe giraffe lifestyle giraffe on the run giraffe travel guest travel blogs street eats: foods from around the world The baby blogs thetravelinggiraffe the view from above top tips from thetravelinggiraffe
Loading Comments...
Comment
×
%d bloggers like this: